Feeling lonely or stressed out? Book an appointment now. 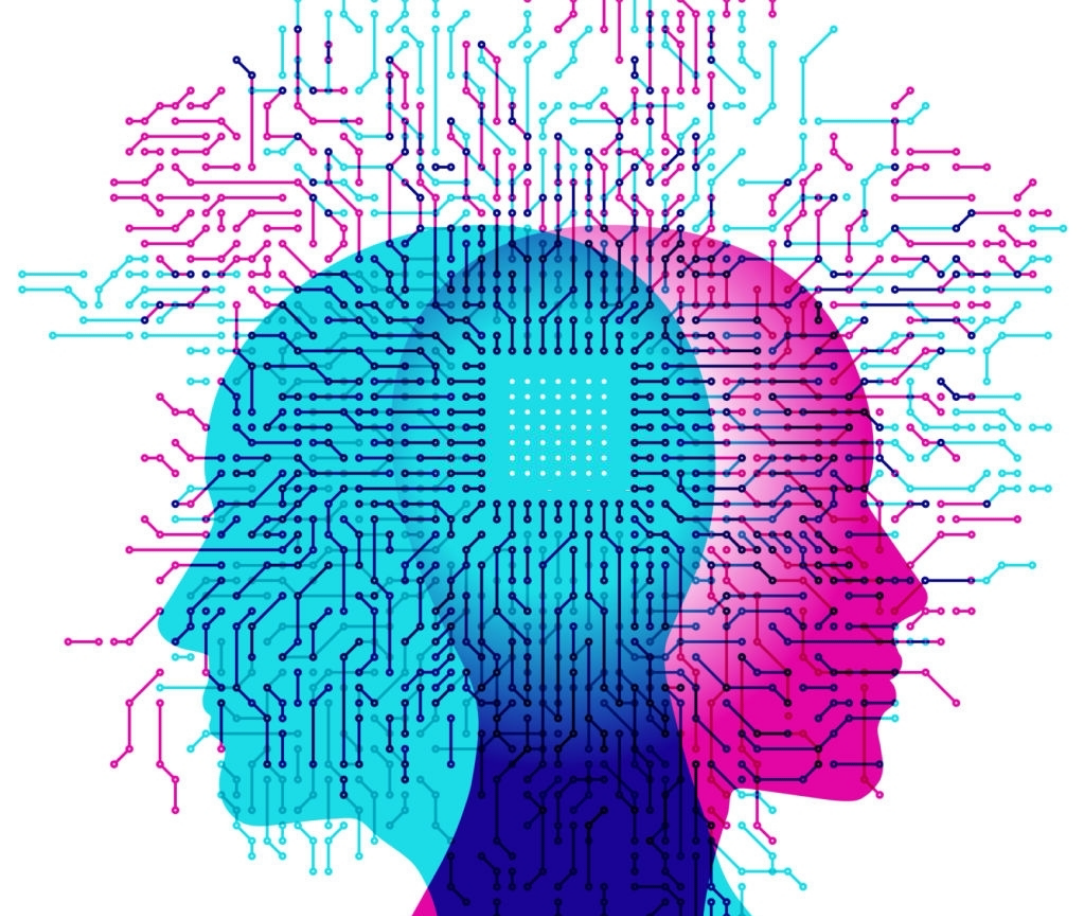 WHAT IS NEURO-LINGUISTIC PROGRAMMING (NLP)?

Neuro-Linguistic Programming (NLP) studies the structure of how humans think and experience the world. Obviously, the structure of something so subjective does not lend itself to precise, statistical formulae, but instead leads to models of how these things work. From these models, techniques for quickly and effectively changing thoughts, behaviours, and beliefs that limit you have been developed.

NLP is a constantly evolving set of models, presuppositions, patterns, techniques, and observation-based theories resulting from the study of the structure of subjective experience, behaviour, and communication. Beyond understanding, NLP seeks to enable remedial and generative to change quickly and ecologically.

NLP is a bit like an ‘owner’s manual’ for your brain! At school and college, we learned wonderful things like history and geography and algebra, but we did not learn much about how to feel good or to have great relationships. That is where NLP comes in. NLP is a set of insights and skills with which you can actively use your mind and your emotions to run your own life more successfully and to communicate with other people with extraordinary effectiveness.

HOW CAN NLP HELP ME?

NLP is an ever-growing collection of information, insights, and mental techniques that can enable you to improve how you think, behave, and feel—and assist others to do the same. Becoming skilled in NLP will enable you to:

Do whatever you already do reasonably well, even better.

Acquire skills and attitudes to do what you cannot do right now, but would like to be able to do.

Communicate more effectively with others.

NLP has been variously described as the technology of the mind, the science of achievement, and the study of success. It is based upon the search for and the study of the factors which account for either success or failure in human performance.

For over a quarter of a century, NLP explorers have studied or ‘modelled’ the behaviour and thinking styles of particularly effective and successful people in business, education, sales, therapy, sport, and personal development.

The results of this work are nowadays presented in workshops and extended training which, in effect, provide shortcuts to more successful living—you learn in hours what may have taken the experts years to discover by trial and error.

NLP is, in effect, the study of what accounts for these types of performance. It is the practical and pragmatic study of the ingredients of excellent performance and the transfer of these ‘ingredients’ to others.

WHAT ARE THE PRESUPPOSITIONS OF NLP?

Presuppositions are beliefs that someone practising NLP will find useful for creating changes in themselves and the world, more easily and effectively. The emphasis here should be on ‘useful’, not whether each one could be proven to be ‘true. Practitioners of NLP often include different presuppositions in their list, but what follows are the most common.

COMMUNICATION IS MORE THAN WHAT YOU ARE SAYING.

The body communicates constantly in ways that go far beyond words.

People already have all the resources they need to effect a change.

The resources just weren’t lucky enough to be in the right place at the right time.

Every behaviour serves a positive intention and a context in which it has value.

The behaviour may never lead to that positive intention, but that part of you can learn new behaviours that do. As to a context that has value, imagine overeating at an expensive brunch (got your money’s value, didn’t you?).

There is no such thing as failure, only feedback.

Every response is useful, you may hate the response, but the knowledge you gain from it is valuable.

If someone can do something, then it can be modelled and taught to anyone else.

The map is not the territory. We cannot contain every bit of information that comes to us in the world, so we have to create a ‘map of the territory and then refer to the map for our information. By changing a person’s map, we change their reality.

The meaning of your communication is the response you get. If you get slapped, try anything else.

If you aren’t getting the response you want, try something different.

No one is ‘broken’. They are functioning perfectly in what they are doing now (even if it is ruining their life), it’s a matter of finding how they function now so that we can help them change into doing something they consider more desirable.

The choice is better than no choice.

HAS IT BEEN SCIENTIFICALLY PROVEN THAT NLP WORKS?

It is difficult to prove that something does not work or does not exist, e.g. smoking has not yet been ‘scientifically proved’ to cause cancer. There is massive anecdotal evidence that NLP works. Few studies have been done on particular aspects of NLP with mixed results.

NLP is a model of what works in individual performance. It is based on the principle that if one person can do something then, given similar physical characteristics, anyone else can learn to do the same by modelling and integrating into their own repertoire the skills and attitude of the successful person.

While this principle may or may not be literally true, it leads to some quite remarkable improvements in personal performance.

WHAT TOOLS DOES NLP USE TO EFFECT CHANGE?

NLP studies the structure of how humans think and experience the world.

Obviously, the structure of something so subjective does not lend itself to precise, statistical formulae, but instead leads to models of how these things work. From these models, techniques for quickly and effectively changing thoughts, behaviours, and beliefs that limit you have been developed.

Many of the models in NLP are created by studying people who did things exquisitely well. Models such as meta-model, meta-program, sensory acuity, Milton-model, representational systems, and sub-modalities, among others, provide a diverse set of tools for creating change in yourself and others.

Someone who wanted to create a model for learning to drive a car really well might approach an expert in the field something like this—Instead of asking the expert driver, ‘How do you drive?’ (‘Very well, thank you.’), they would be concentrating not on the content of what they did, but on the underlying structure such as how they represent driving in their mind, the beliefs and attitudes they had about driving, the strategies they used in making decisions, or how often they changed their oil, among other factors.

CAN’T I ACHIEVE THE SAME RESULTS THROUGH HYPNOTHERAPY?

No. NLP is not ‘just’ hypnosis. Milton Erickson was a strong influence on NLP’s founders, but NLP includes aspects of many other disciplines as well.

MANY PEOPLE USE NLP AS A FORM OF SELF DEVELOPMENT.

The popular belief is that we do not pay much attention to what is going on in our unconscious. If you considered the enormous amount of information your brain has to process each day, it is probably best that we do not spend that much time dwelling on it.

AN EXAMPLE OF NLP

Let us use something called sub-modalities as an example of how a model works. By understanding how we perceive the world through our five senses, we can then understand how some people can respond very resourcefully in a situation and others do not. Once you learn how those who remain resourceful set up their representations, then it is a simple matter to teach others to do the same thing.

The example: Imagine seeing an enormous spider dangling directly in front of your face. Now clear your mind. A common way for people to have a phobic reaction to spiders or anything related to them is to picture a spider completely oversized and far too close in their minds.

Spiders are tiny, well-mannered creatures that are far more frightened of you than you should be of them, but try telling that to someone with that particular phobia.

SO, WHY DON’T THESE PHOBIC PEOPLE NOTICE THE IMAGES THEY ARE CREATING?

The popular belief is that we do not pay much attention to what is going on in our consciousness.

Well, what do we do about our friends with a phobia? NLPers ask the question, ‘If another person can have fun playing with their pet spider, what can we learn about them that we could teach the phobic person so they can play with spiders too?’ (or something like that).

The spider-lover would most likely have an image representing spiders that were proportionately correct and at a reasonable distance and possibly other factors not worth getting into right now. Knowing the difference, the NLPer can use one of many techniques to help the phobic person relearn their reaction to spiders so that it is similar to the spider lovers.

The above example may sound complicated, but phobia treatments often take less than half an hour to treat. A powerful change with a minimal investment of time and effort!

NLP is based on many useful presuppositions that support the attitude that change is imminent. One of the most important is that NLP is about what works, not what should work.

In other words, if what you are doing is not working, try something else, anything else, regardless of whether what you had been doing should have worked. Flexibility is the key element in a given system, the one who is most likely to do well responds to changing (or unchanging) circumstances. That is one reason NLP has made so much progress in an area where such is not the norm.